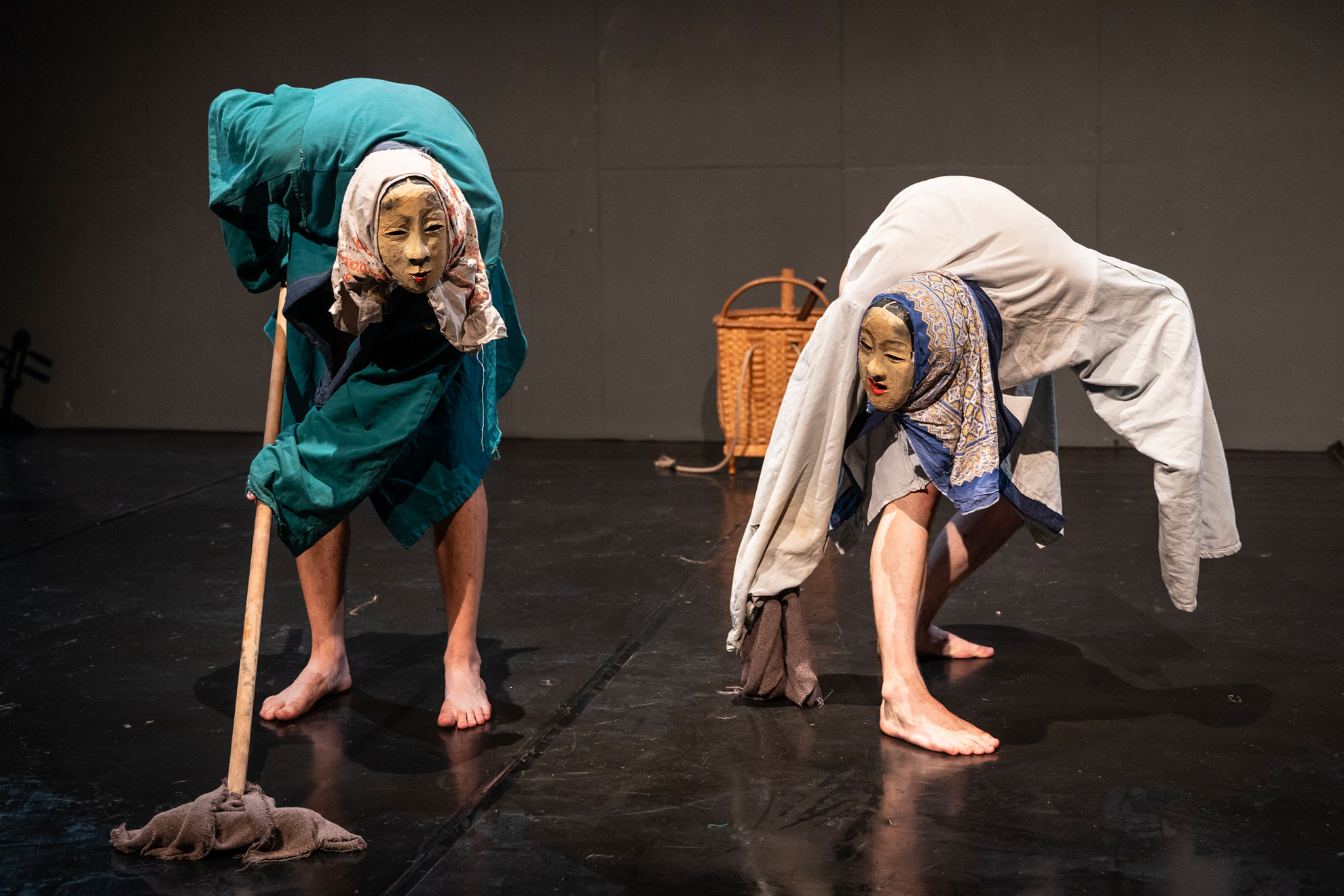 Since my house burned down I now own a better view of the rising moon is a butoh-clownery, inspired by Japanese folk tales. It is the story of a samurai and his enemy, the demon Tengu, which revolves around the theme of revenge and competition and how they can lead to the loss of all possessions, including home. It is a story without words, narrated only by the situations, costumes, masks, everything in sight. It is narrated by a homeless man and a demon, two samurai warriors, two clowns, two butoh dancers, two geishas, who move silently accompanied by koto sounds and geta clacking. The cane grows, the hair grows, the nails grow… But homeless people are like snails: they take everything with them, pack it up and disappear without a trace. And since they have no address, we will never find them again.